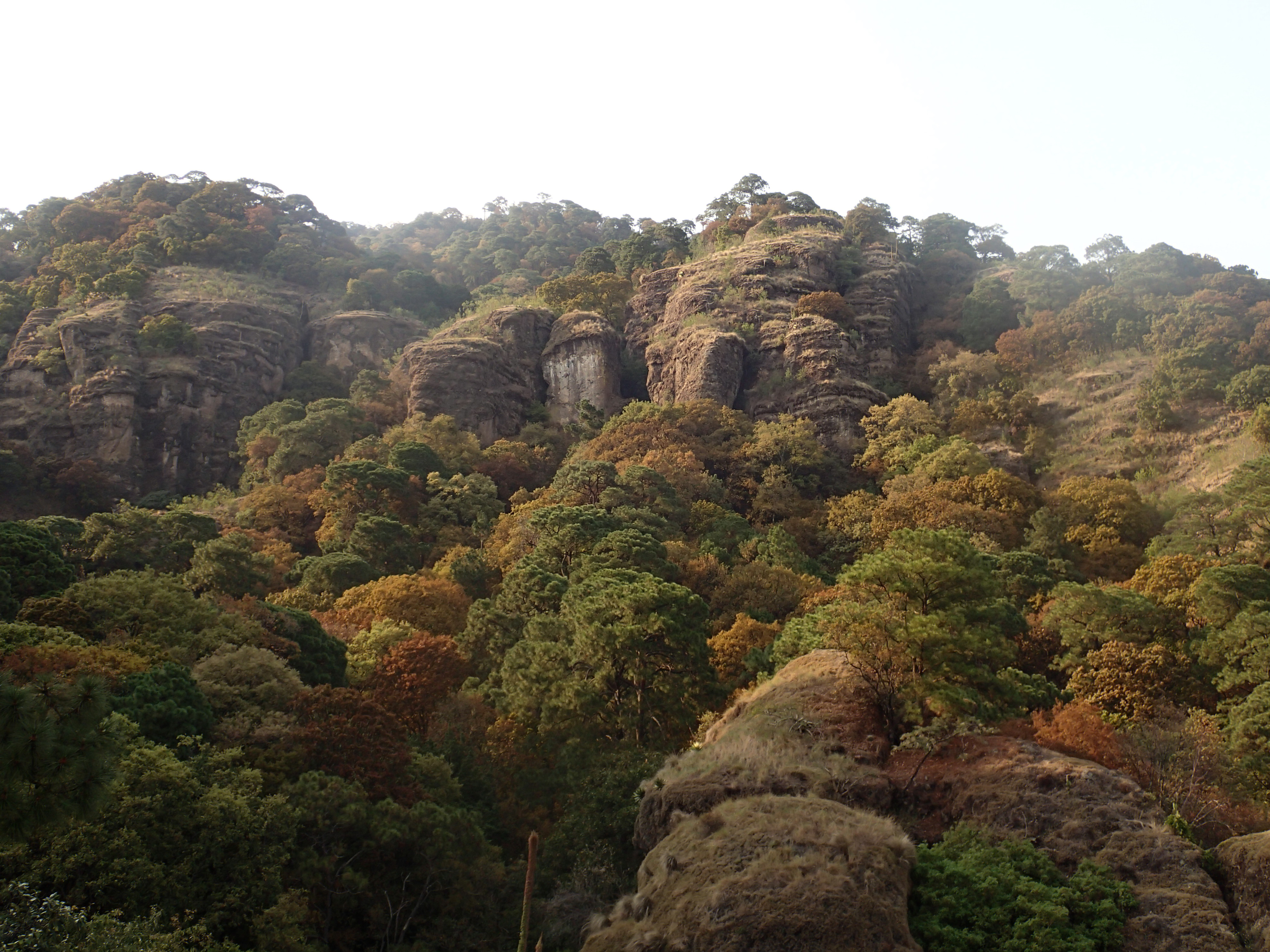 Quercus (oak) is among the most speciose and widespread genera occurring in Mexico; paradoxically, the ecological knowledge about Mexican oak forests is meager. Here we describe the floristic composition, diversity, and structure of the terrestrial component of the oak forests of El Tepozteco National Park (TNP), Central Mexico, and relate their floristic and structural heterogeneity to the geomorphological complexity of the park. We randomly distributed sixty 100-$m^2$ plots among six geomorphological units: the lava fields of the Chichinautzin, Suchiooc, Otates (upper and lower) and Oclayuca volcanoes, and the El Tepozteco Range. Vegetation structure and diversity were described by geomorphological unit and for the oak forest as a whole for canopy (DBH $\geq$ 2.5 cm) and understory plants. We report 324 vascular plant species recorded in the plots, plus 17 species collected outside the plots (a total of 341 species, 208 genera and 88 families). The family with more species was Asteraceae (57) and the most speciose genus was Salvia (10). Geomorphological units differed in mean species richness per plot (2.0-33.5 species), absolute richness (60-149 species), and species? structural contributions. Structural differences were also observed, but they were not always significant. Quercus rugosa was dominant in Chichinautzin, Suchiooc, and upper Otates; Styrax ramirezii in lower Otates and Oclayuca, and Quercus castanea and Q. obtusata shared dominance in El Tepozteco Range (the unit with the largest overall richness and oak species diversity). The structure and composition of TNP oak forests are highly variable, apparently due to the region’s complex geological past. This heterogeneity should guide the conservation and restoration of these forests.