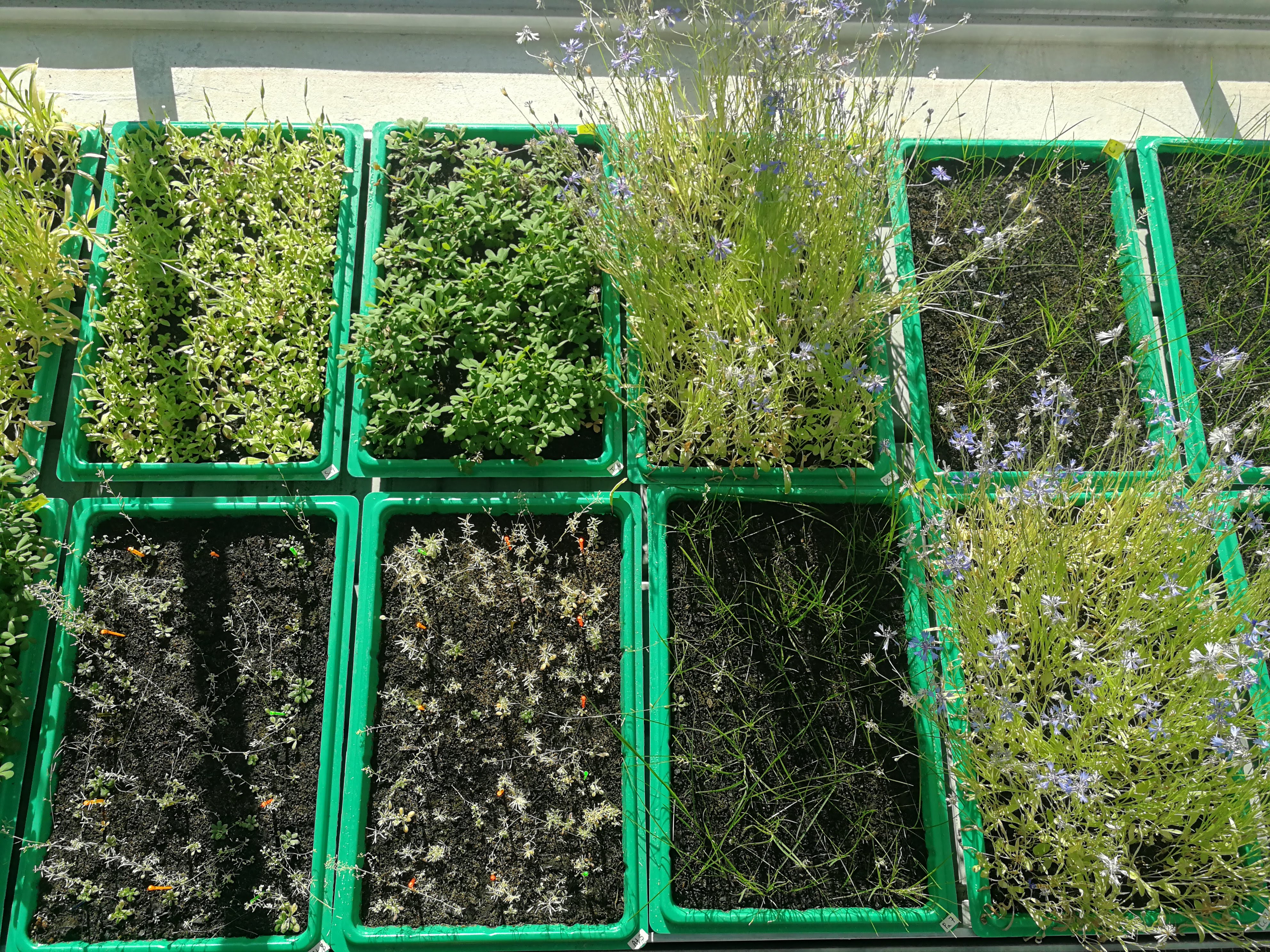 I will test these ideas using a combination of greenhouse experiments and mathematical models.

In a first greenhouse experiment, I will estimate the relative fecundity of 15 genotypes of Arabidopsis thaliana when growing in competition with different species. Then, I will use the these data to build a model that projects how a population with equal frequencies of all genotypes would evolve in each competitive environment after a certain number of generations.

In a second greenhouse experiment, I will first assemble Arabidopsis populations that “evolved” in different competitive environments (and thus have different frequencies of the 15 initial genotypes). Then I will subject the different populations to stressful changes in abiotic conditions and assess their ability to persist.